And when the sun stops shining, Kosmet will still be Serbia! 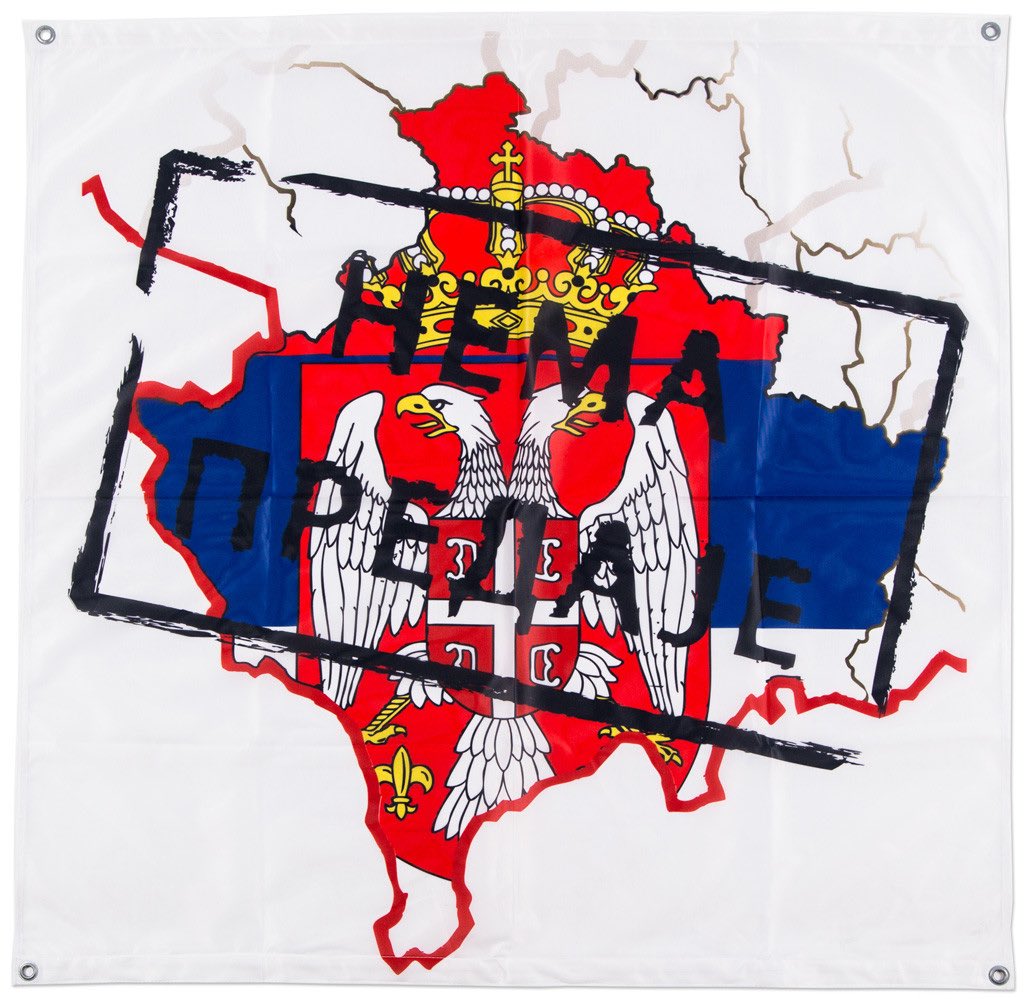 And when they tear down our last wall, They pluck out our hearts, blur our vision, And when the sun stops shining, Kosmet will be Serbia even then! There’s no giving up!

First, as herders who follow their cattle, you came to our villages and settled among us. There was no problem because we shared the faith, and you learned our language quickly. You have lived among us for a long time. You met us. You knew our strengths and weaknesses, and more importantly, you knew how to use them against us. Then, in their shining armor and with shouts of jihad, some invaders came from another continent. We resisted them for a long time, until they finally broke and subdued us.

You have received their faith. You started living like them. You looked up to them. In their order, you coped well and cunningly secured your, then still small number of people. And we were stupid. Honorable, but stupid. We constantly protested to their government and raised revolts that were doomed in advance.

You have settled en masse on empty land. Which you never belonged to. Faith has commanded you to have many children, and with that mass birth you have suppressed the little misery, gloom and misery that is left of us on our land. You waited patiently for a moment. And while you waited, you enjoyed all possible privileges as a privileged class in a foreign kingdom.

We, as a lower class, were forced to remain silent and suffer. And to flee to the north after every failed rebellion in our region. You never stopped coming. You inhabited our cities and built your villages around them, which over time, slowly but surely, became more numerous than ours.

The still water of the shore sinks. So you, like water breaking through a rock, have taken our land without moving a finger. You occupied it by reproduction. Your children became much more numerous than ours and your children’s children were more numerous than ours. We have naively looked at you as a benign phenomenon, as a drought, or perhaps a famine, which must come, from time to time. But which is sure to go, just as quickly and suddenly as it came.

You didn’t leave. You stayed there, on our land. When we finally liberated that country from foreign occupation, you greeted us angrily and furiously. By then you already hated us greatly. You have greatly viewed our country as your own, our houses as yours, our shrines as your own. But we understand that. To make it easier to occupy our country, you had to hate us. That made it easier for you to force us, to exterminate us, to destroy us and to inhabit the empty land, which we previously inhabited. You had to hate us, because only your hatred could drive us out of the land you came to like a swarm of locusts. As a plague, you have taken that land, for us the world, and you never even planned to return to your homeland.

Then came new foreign occupations. We fought, naively and inexperiencedly, but heroically again against foreigners. We died terribly in that fight. And how could they not? Well, it is in our genes to pay the price of freedom with our blood. During that time, now with great experience, you licked the boots of the new occupier. He enabled you to complete your expansion in our country. And we set you free again. We allowed your existence on our land again, and you silently accepted it. You were silent, but your thoughts were loud enough. You had to complete the centuries-long process of occupying the territory and thus hit our people with the last nail in the coffin.

In the midst of the disintegration of the state, for which we naively gave almost 3 million souls, you patiently waited for your moment. Then, while we were the weakest, you rebelled and started jihad against our people and our state. And look at the miracles, we started to defeat you. Our brave army and the police at the time were pushing your bloodthirsty terrorist gangs deep into the mountains, where we once fled from a foreign occupier. You have shown your inability to defeat us in the armed conflict over our civilians. You killed them bloodthirsty and ruthlessly, as if they had done something wrong to you. These were the people you first saw when you killed them. And we continued to defeat you on the battlefield. Your terrorist gangs did not even have a theoretical chance against our glorious army. And then you called for help a new one, who knows which occupier who was destroying us from the sky. They didn’t even give us a chance to defend ourselves. If only they had gone by land, so that we could kill them like their grandfathers in the wars they started with the desire to conquer our country.

And, in order to save the people who have nothing to do with that conflict, our glorious army withdrew from there and was forced to leave a few members of our people there, at your mercy or displeasure. We calculated that you would have at least a little humanity, so you wouldn’t go for your own failures to sanctify the innocent people who found themselves there. And, who knows how many times about you, we overlooked something. We thought you actually had something human in you. We made a mistake. Without war, without armed conflict, you drove away those poor people who they stayed there because they had nowhere to go and you set fire to their houses and destroyed their fields. You have destroyed our saints, older than your nationality, in the desire to erase every trace of our existence on that earth. And you did not give peace to the dead either.

You destroyed our cemeteries, probably in fear that the dead would not rise and start defending themselves. And the world was silent. The world has turned its back on your barbaric savagery. You still dare to blame us for the conflict you started. You blame us for our people you killed. You blame us, because we once existed there, and that bothers your claims that all this is yours because it is not yours. And it will never be yours. As long as this planet exists, the country you currently live on will be ours. She was always ours. There is no force that can take it away from us. There is not a strong enough blow that will make us hand it over to you.

So far we have made mistakes. From now on, we will act wisely. And you are lying, whining and crying to your allies who poisoned you as we are to blame for the conflict. And they saw through you. They have lifted you up to heaven, and they will let you go as soon as they get a chance.

We will sit, following the example of you, and wait for our chance. An opportunity, not to take revenge, but exclusively to return the lost things to where they belong. And when they tear down our last wall, They pluck out our hearts, blur our vision, And when the sun stops shining, Kosmet will be Serbia even then! There’s no giving up!