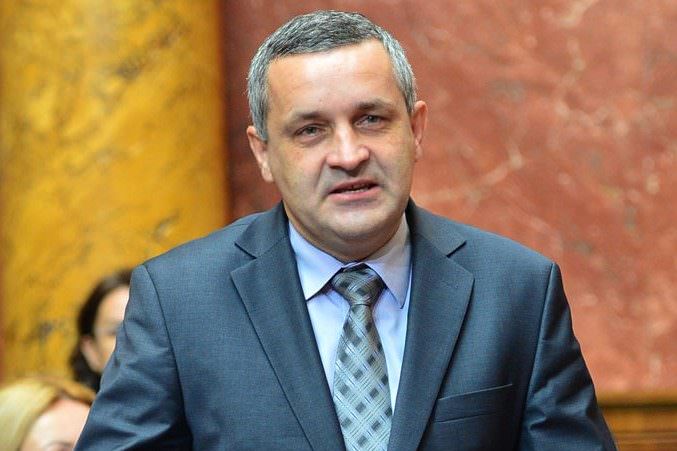 The Head of the Committee on Diaspora and Serbs in the Region of the Serbian Parliament Miodrag Linta called on the Serbian War Crimes Prosecutor’s Office to reopen investigations and file indictments against those who ordered and committed war crimes against more than 3,500 Serbs in Podrinje

Linta has stated that it is a constitutional, legal and civilizational obligation of the Prosecutor’s Office, because no one was responsible for the horrific crimes in Podrinje, although their perpetrators are known, and that it is clear that Serbs cannot expect justice from the BiH judiciary.

According to him, the Prosecutor’s Office and the Court of BiH are not independent and professional, but ethnically motivated institutions whose goal is to justify, with selective court proceedings, the false and meaningless thesis that Serbia and Serbs allegedly committed aggression against BiH, and Muslims and Bosniaks seemingly were victims of Serbian aggression.

“Behind the outrageous attacks of Muslim forces, death and desolation remained, and almost every Serb house in the middle Podrinje was blacked out”, Linta emphasized.

He also mentioned that numerous facts confirm that the goal of the Muslim forces was the ethnic cleansing of the Serb people from Podrinje, which was designed in Sarajevo, the Alliance of Serbs from the region announced.

“Because of that, Muslim hordes not only killed and tortured Serb civilians and prisoners of war in the most cruel ways, but also systematically destroyed Serb villages, cemeteries, religious buildings and other things in order to erase the traces of Serb existence in that area”, Linta added.

Linta believes that it is not possible to build trust between Serbs and Bosniaks if it is said that one side committed crimes and non-existent genocide in Srebrenica, if there are no punishments for criminals from both nations, if Serb and Bosniak victims are not respected on the same way and if they insist on the false myth about the aggression in BiH.

A memorial service was held today at the cemetery in Bratunac for 3,265 Serbs from the middle Podrinje who died from Muslim forces in the past war, including those killed on Saint Peter’s Day 28 years ago in the villages around Srebrenica and Bratunac.