Crimes against Serbs, Diary of Diana Budisavljević, Genocide of Serbs in the Independent State of Croatia, News, Reaction, Redaction of serbian ramonda and World War II 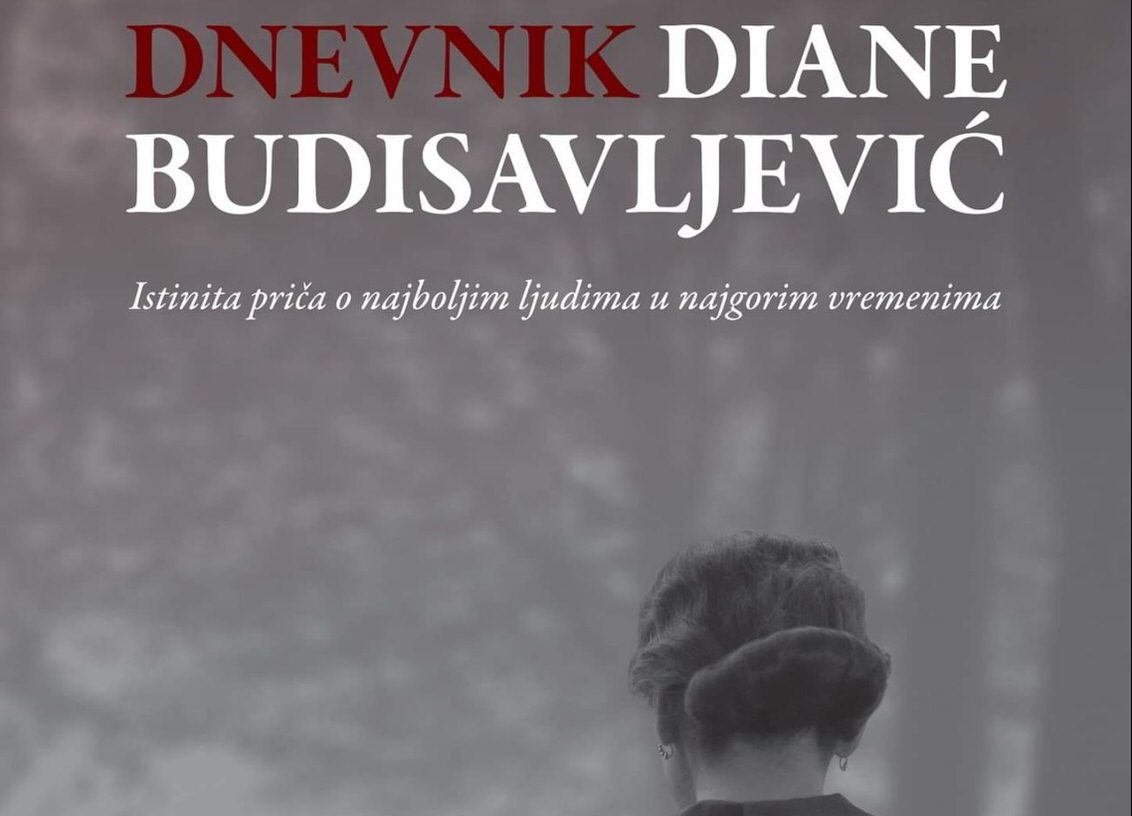 On Wednesday, 04/22/2020. year, on RTS1 and HTV, was the television premiere of the movie “Diary of Diana Budisavljević”

The film is by the Croatian author Dana Budisavljević, and the production was attended by the Film Center of Serbia as well as the Ministry of Culture and Information of the Republic of Serbia.

After the movie, a bitter taste of the disappointment of both Croats and Serbs remained. Croats are disappointed that the topic of Jasenovac has been addressed at all, which they have been hiding, neglecting, marginalizing for decades. In order not to be ashamed of the ancestors of their ancestors, the killers, slaughterers and tormentors of Jasenovac and other camps in the NDH, they would not try so hard to keep the Jasenovac theme buried deep in the dark corridors of consciousness.

Of course, the Serbs were disappointed by the other motives: instead of presenting the true facts about the suffering of the Serbian people and the youngest Serbs, a Hollywood “lemonade” was made in combination with a documentary part showing the stories of surviving children from the camp as well as parts of documentary footage.

So what is my impression of the movie?

First, the testimony of people who were brought to the camps as children, I can’t say that they are not distressing, but they are “diluted”, mitigated, and adapted to the “gentle” rhythm of the film. There are hundreds of documentaries with inmate confessions on the Internet, and here are just a few links:

I also recommend the book “Crimes without Punishment” by Zarko S. Krstanović where documented statements by the surviving inmates also exist.

Dragoje Lukić also wrote about the children who were taken to the camps, who stated that 23,858 children were taken from Kozara and only 11,000 survived. The testimonies of the survivors who were brought to the camps as children could certainly have been translated into scenes of the film to get the film on the drama and authenticity, but my personal impression is that it was not the goal of the author of the film.

For example, the scene of the screams and cries of the children and mothers separated by the Ustasha, and witnessed by many of the surviving detainees, would surely leave no one indifferent and cause a heartbeat and skip. But it doesn’t seem to be the goal of disturbing the Croatian public with disturbing but true scenes. Ustasha who abducts a baby from a couple of months and throws it to the bayonets and welcomes it to the bayonet, it is surely a too distressing and brutal scene that should not be found in any movie, but this does not detract from the fact that, according to the survivors’ testimony , really happened not once but who knows how many times.

Second, it is particularly striking that throughout the film, Serbs are hardly mentioned at all. Jews (Jews) and Orthodox are mentioned. Is it so hard to say out loud that the Serbs were the most affected in Jasenovac! Serbian men, Serbian women and Serbian children were killed!!!

Does the reference to the suffering of the Orthodox (not the Serbs) hide the eternal unfulfilled desire of the Vatican to reduce Orthodoxy as a religion, minimize it and eventually disappear, either by translating Orthodox into Catholics or by physical destruction. Everyone knows the plan,  one of the founders the Ustasha movement Milan Budak for solving the Serbian question in Croatia: kill one third, expel the other, and crush the third, and this plan represents the aspiration of today’s Croatia, a little masked, though very realistic.

Third, in the part of the film where Croats provide food and clothing assistance to children at the camp, the Croatian people are presented as a compassionate, good-natured, helping Serb. With no intention of generalizing things, because there are certainly good, honest and honorable Croats, as well as bad and malicious Serbs (Serb auto-chauvinists are an example), however, throughout the history of the Croats, the Croatian people have turned out to be hostile to Serbs, which at the core of their existence has hatred of Serbs. They proved it in World War I, confirmed it in World War II, and sealed it with hatred in the brutal war of the 1990s.

Fourth, the evil of Aloysius Stepinac is again an easily verifiable fact on the internet, but in the film he is portrayed as a gentle, sensible, sensitive priest who did not know about the crimes and did not support them. The denial of the dark side of Aloysius Stepinac’s personality, who forcibly baptized the Orthodox population and supported the NDH, is still present today in an attempt to proclaim him a saint.

Fifthly, it is commendable for the insertion of documentary films into the film’s production itself, because it shows all the duplicity, hypocrisy of the Croatian people. Specifically, at the beginning of the film, a documentary is shown showing how the Croats enthusiastically greet the Germans as their liberators with a Nazi salute. The film also discloses that Croats are no anti-fascists (as yesterday’s Croatian President Kolinda Gabar Kitanovic said at the commemoration of the 80th anniversary of the start of World War II in Poland that Croats contributed most to the fight against of fascism in Europe in proportion to population) , they have already openly sided with Nazi Germany. And then, when it was clear that Germany had been defeated in the war, these same Croats welcomed the new partisans with the same (false) enthusiasm, which was documented by a short insert at the end of the film.

Sixth, while the same footage can be found on the internet and easily accessible to anyone, it is never the less applauded that scenes of sick children from camps, covered by swarms of flies, who can’t walk but exhausted and half-naked lie in exhaustion and hunger. Straw or concrete. These scenes, to me personally, were the most disturbing in the whole movie. Scenes after which a dummy remains in the throat, a tear in the corner of the eye and the eternal question: are there such monsters that can do the scariest things possible for children?

But, regardless of the fact that scenes like this from documentaries about the camp children, were included in the movie “Diary of Diana Budisavljević”, these are not newly discovered facts and most of us do not look at them for the first time, but they are the only scenes that evoke all the brutality of the time when Serbian children lived and died in NDH. It is clear to me that the film can’t contain brutal scenes that would faithfully portray all the criminal nature and character of Ustasha slaughterers and murderers, but the impression is that the film has deliberately avoided “difficult” scenes so that the Croatian audience is not disturbed and shaken. But shouldn’t that be the essence, the essence of a movie, especially a historical one, to penetrate consciousness, to shake feelings and to start thinking? I will give an example of the movie “Schindler’s List” after which viewers are disturbed and disturbed, but the film achieves its effect: it presents true facts that may not have been known to some viewers.

In the end, I can’t but praise that the film was made at all, even though such a difficult topic required a much more poignant and striking approach to the viewers, which breaks the prejudices (mostly of Croats) about the character of numerous camps in the NDH and exposes the naked truth about its cruelty and monstrosity . Because, not to be deceived, the sole purpose of all the camps, especially the Jasenovac camp, was to genocide the Serbs! And yes, I agree that the theme of the film is actually the rescue of Serbian children organized by Diana Budisavljevic, but this then raises a new question: when will the film be made about the Serbian suffering in the NDH camps?

Diana Budisavljević did save the children from the camp from certain death and this is a fact that can’t be disputed. However, despite her good and humane intent, did Diana Budisavljevic unknowingly (or consciously?) Assist the Ustasha in pursuing a policy of sub-Catholicism of the Serbs? It is known that a recommendation was circulated in Croatian newspapers at the time: “Take Serbian children and raise them in the Croatian spirit.” Didn’t the Ustasha allow Diana to transport the children from the camp for this purpose, so that these children could be raised and raised in the Croatian spirit in the Croatian families as obedient Croats? Maybe time does, and maybe (or very likely) we never know the truth.

Published in Crimes against Serbs, Diary of Diana Budisavljević, Genocide of Serbs in the Independent State of Croatia, News, Reaction, Redaction of serbian ramonda and World War II