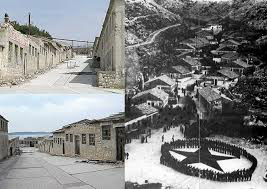 Does the “Goli otok” camp deserve to be forgotten?

It is located in the western part of Croatia on the Adriatic Sea. Of rock with minimal life, the name reflects the dam itself! Not even the approximate evil that political prisoners have experienced.

Let’s start from the beginning of that dire place.

The Goli otok was primarily used during the First World War by the Austro-Hungarians, bringing Russians from the Eastern Front as captives. After the establishment of the Informbiro and soon a “historic NO to Stalin by Broz” Mos Pijade and Kardelj, propose to “re-educate” the ineligible. Stalinists, nationalists, those sent to college in the USSR, and sometimes Democrats of the time.

The camp was founded in 1949 and worked as such until 1956. Afterwards, it was taken over by SR Croatia as a prison for prisoners who committed serious crimes. It closed in 1988. The women’s camp was located on the island of Sv. Gregory.

When the Communists realized that the methods of torture in Bileca, Sremska Mitrovica, Rama Rt, Glavnici and Banjica were not enough, they opted for the “Goli otok” whose official name was “Workshop for administratively punished men / women with socially useful work”! For, how else could title evil and punishment, which served without judgment, without judgment ?! A joke of political content against the Communists was enough to end it on that island!

The goal of “re-education” was achieved:

Repentance meant to endure the physical, mental and moral suffering of the “erring sons and daughters.” The aim was not to kill the detainees, but to humiliate them, thus to break all humanity and return to society.

Physical punishment began by arriving on the island and passing through a campfire. Batting, spitting, valuing. Those who “stood out” during that “burning” were “rewarded” so that at one point the brawlers were no longer guards, but prisoners themselves. Surviving the horrors and fear-led ones became more brutal than the udbas themselves. Over time, the sparrow became longer, reaching a length of 2km so that individuals did not even survive it.

Daily hard physical work in the quarry with minimal nutrition brought the inmates to the brink of death. But THIRST was the one who killed them. They were dying in the agony of madness, but the water was near them.

They were a little more stubborn about “Spanish Swimming”. The method used by the Inquisition during interrogation, trying not to die, but to be terrified to death. So the detainee would be mounted on one hundred back, his head hanging off the table. One udbas, and later “revised” inmates, would take him by the head, stuffing his mouth. Another would pour water into his nostrils to the edge of drowning, as the water goes parvo into his lungs. The fear produced by this method was described by one inmate after talking to another:

“My friend you survived, don’t be afraid, it’s over.”

“But there’s nothing left, we’ll hold on.”

“I’m scared to survive it!”

Also a method taken right from the Soviets, a bar was put on the stomach of a prisoner of war, and through it a rat released, trapped, would begin to seek an “exit” through the belly. Or the sleeplessness of several days that led people to the madness and confession of everything they were charged with.

The “boycott” of psychic expression consisted in the prohibition of all contact with the boycotted for several months.

Those who failed to break, whose thinking and attitude, and did not even break the spirit, ended up in the “Peter’s Cave”. The harshest conditions for work and survival, from which most often lived, did not even come out. The cave was named after the prisoner Petar Komnenic.

It is estimated that about 30,000 people have passed through the camp during the seven years of its existence. Per nationality:

Of course, one text cannot describe all the horrors of the Naked Island, but it can keep events from being forgotten.

This evil of this prison camp was not over! Because so humbled, belittled, broken, they were forever labeled “naked” by their return! These political prisoners, innocent people, people who did not even want to forget the Croatian and Muslim crimes during World War II, were again punished.

For the TRUE is paid the most expensive price, for contradiction and disagreement, for standing in the way of thievery.

Published in History, News and Redaction of serbian ramonda