NATO in the Corona era (Video) 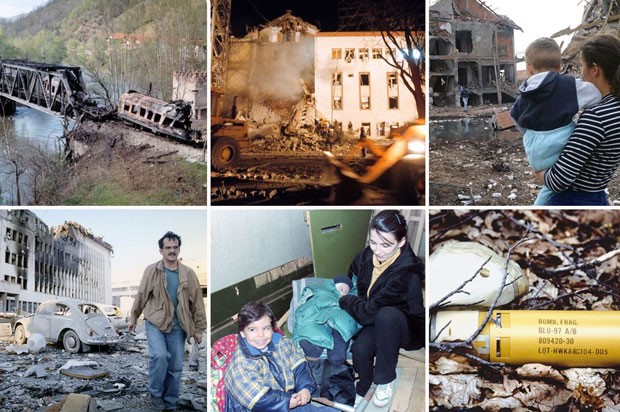 Serbian history has been interwoven for centuries, changing, adapting to the times we lived, but as historians consider centuries, are short, historical fact can not be hidden. The truth always “floats” and finds a way!

Then Corona came to Serbia! More specifically, the COVID-19 virus. And like all disasters, a great way to manipulate the masses. Curfew, restricted movement and education through small screens. And why not try another lie to push kids who are just learning ?!

If during normal circumstances, one of the history lessons for the seventh grade of elementary school, presented as a career progression (?!), Was just one of the worst customs during the Turks known as the “blood tribute”!

The lie that children could hear on TV about the NATO alliance speaks to superlatives about the organization, founded after World War II, which is there to “resolve disputes between warring parties”! But the dispute in this case was between Serbia and “Serbia”!

In fact, the Serbs defended their centuries-old hearths, monasteries and their own lives in Kosmet. Persecuted by the Siptars settled in these areas just after World War II.

However, it is this organization that has been bombarding the FRY for 78 days without choosing targets! During that operation, the people known as the “Merciful Angel” were also killed by those who were “defended”, so the Albanians themselves and their children!

Serbian children were also killed, who may have had dreams of one day being teachers, but the NATO bombs stopped interrupting their lives!

These are children of Serbian, Albanian and other nationalities who have not dreamed of:

So when you DARE again to make your lies a reality, remember these names, because we will not let you forget them! One child became a symbol of that suffering!