Reach truth on Srebrenica with facts, not with resolutions 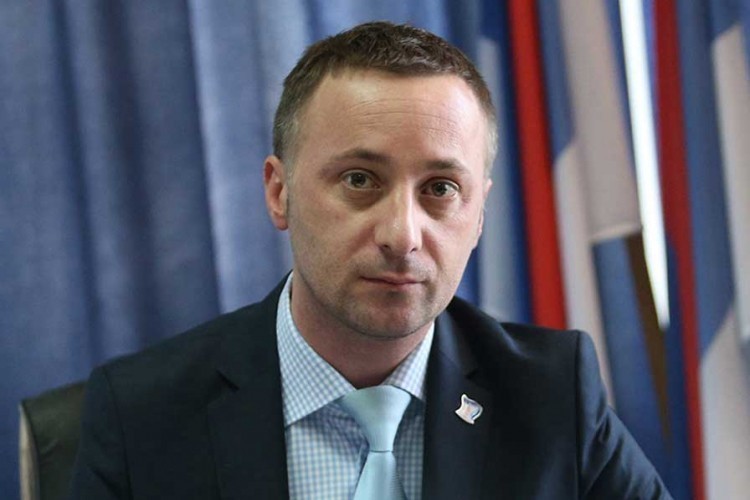 Director of the Republika Srpska Research Centre of War, War Crimes and Tracing Missing Persons, Milorad Kojić, told SRNA on Wednesday that only facts could lead to the truth about the Srebrenica events, not the imposition of resolutions stemming from unfounded verdicts against Serbs for alleged genocide

Kojić reminded that before the resolution on Srebrenica, which was presented by the American congresswoman, there had been an attempt to adopt such a document in the UN Security Council, which was vetoed by Russia as it believed that the truth should be reached with the facts.

“The attempt to adopt the resolution is the last phase. The first phase was to establish judicial institutions such as the state level ones, the second was to exclusively convict Serbs for alleged genocide in Srebrenica, while the third phase was an attempt to maintain false verdicts as the only established facts,” said Kojić.

He pointed out that by proposing resolutions on Srebrenica and constant pressure on the international community to pass a law banning genocide denial, they are trying to ban institutions and individuals from investigating the events in Srebrenica.

“There is also a report published on the website of the Srebrenica Memorial Centre in which key topics are emphasized. The topics refer to the imposition of a law banning genocide denial and teaching about so-called genocide in textbooks. An attempt is constantly being made to impose a thesis that does not correspond to the actual facts,” added Kojić.

According to him, the research clearly show the truth is not what the Bosniak side wants to portray.

“It is indisputable that the crimes were committed, but not the genocide. The fact is that the publication of international documents on the events in Srebrenica, which is completely different from what was presented in 1995, has begun. One of the documents is the British one showing no intent of the Republika Srpska Army and the command staff to destroy the Muslims”, says Kojić.

He reiterats the desire is to impose collective responsibility on the Serb people and Republika Srpska by maintaining a false theses and verdict.

“After this, the thesis that Republika Srpska cannot survive as something that, as they say, arose from genocide, would come the next. That must not happen, because all the events in Srebrenica from 1992 to 1995 must be considered, which the US Embassy in BiH must know,” said Kojić.

He asked why a resolution condemning the death of more than 2,600 Serbs in the Srebrenica region would not be passed?

“We must look at the war events rationally. No one disputes crimes against Muslims, but the crimes committed against Serbs in BiH are persistently minimized,” Kojić concluded.

U.S. Congresswoman Eddie Bernice Johnson presented in the House of Representatives a “resolution condemning the genocide and other crimes against Bosniaks committed by Serb forces in Srebrenica in July 1995,” which is pending before the U.S. Congress.